Planning consent has been granted for redevelopment of the Southernwood Retail Park in Southwark.  The mixed-use scheme will deliver 724 residential units, including 219 affordable homes, and will feature a 48-storey tower.  More than 2,500 square metres of shops, cafes and restaurants, a 195-room hotel, a three-screen cinema and public spaces are also proposed.  The development will provide much-needed new homes and kick-start the regeneration of the northern section of the Old Kent Road. 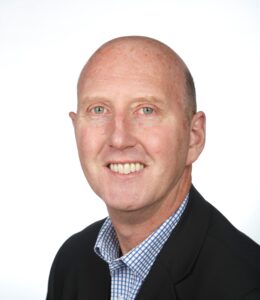 Technical Director, Phil de Jongh explains, “One of the key challenges was developing a construction strategy which took account of the emerging Bakerloo Line extension works on Humphrey Road, while minimising the impact of construction traffic in nearby streets.”  The team provided detailed input on the future travel patterns for the proposed hotel, and the likely impact on buses before the Bakerloo Line extension becomes operational.

According to Emma Prichard-Selby, Founding Director at development manager The Vesta Group Ltd, “This was a complicated project within a constrained site, requiring a careful balance between the local authorities and TfL.  Motion worked extremely hard to facilitate meeting everyone’s requirements.”

The 2.5-acre scheme will be developed over two phases around the construction of the Bakerloo Line extension.  Motion collaborated with the project architects Pilbrow and Partners to deliver a transport strategy to serve the site in two phases, allowing part of the existing retail park to be retained for several years.  The design included an off-street servicing bay at ground level and basement areas for car and cycle parking, electric vehicle charging and hotel and residential deliveries.

Phil de Jongh adds, “A delivery and servicing plan for the full development project was required, as well as for each interim stage.  Account needed to be taken of the proposed basement, either partially built or operational, as well as the construction of the second basement area.”

An abridged version of this article first appeared in the Autumn 2020 edition of Insight.

To keep up to date with our news, follow us on social media: